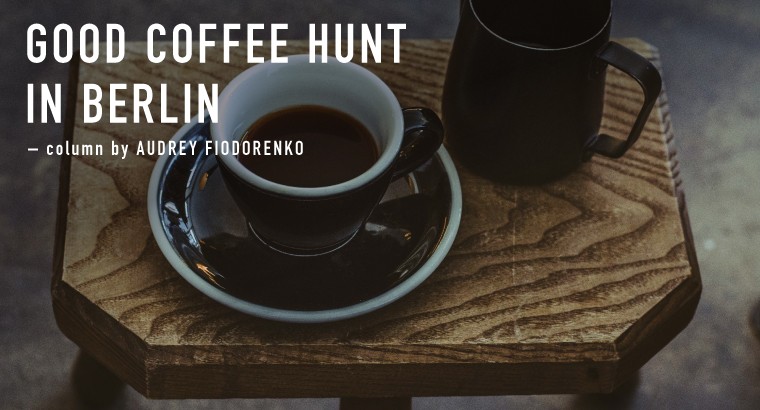 Real coffee geeks are packing their coffee kits and taking the first train to Berlin. Unsurprisingly, I am one of them, armed with my camera and pen. Recently Berlin has gained the name for its specialty coffee culture, which is blooming, and keeps on expanding. While German capital has to offer a lot for coffee lovers, there are five coffee shops that especially stand out of the crowd. Read below for a brief ‘snapshot’ guide to the unmissable coffee shops in Berlin.

The best-known coffee mecca in Berlin is undoubtedly The Barn. This coffee shop effectively spreads the knowledge of specialty coffee and educates the new generation of coffee connoisseurs. First opened in 2010 in Mitte’s Auguststraße, this coffee company has significantly expanded in 2012 with its new coffee shop and on-site roastery. The owner, Ralph Ruller and his company have become in recent years a reliable roast supplier, as Barn’s coffee beans are more common to find around the city, as well as outside of Berlin.

Respectable Barn’s dedication to pure coffee without any substances, such as milk or sugar, unconsciously forces coffee drinkers to experience quality Third Wave coffee at its natural stage.

The head barista advised me to try Columbian Huila coffee beans El Porvenir as a filter. Sirupy light coffee on the sweet side brings out a citrus taste of cranberry. Without any doubt, this is a jug of excellent coffee that can be enjoyed any time of the day without getting too much of it.

While for most foreigners the Barn’s name associates with the third wave coffee in Berlin, in fact, Kiduk Reus and Yumi Choi, baristas behind Bonanza, were the first to bring the legendary coffee movement to Berlin. This original roaster has been setting standards in the German capital for almost a decade and now its beans can be found in many coffee shops in Berlin.

The inspiration behind Bonanza is London and one of the first specialty coffee shops, Monmouth Coffee Company. Bonanza Coffee since opening in 2007 has become a hectic hub of coffee activity, with fanatics tracking its every move (and a number of them is rapidly growing around Berlin).

Elevated brewing space makes baristas and an espresso machine the most important part of the coffee shop. Filter brewing space is in the middle of the café that draws everyone’s attention when the coffee is being extracted.

A selection of Ethiopian and Columbian coffee is available either you go for a simple espresso, or a beautifully texturized flat white. A chosen light roast of Ethiopian beans by Bonanza fully develops all the flavours and juicy taste of red berries. A shot of espresso, accompanied with Landliebe milk, bottled 575 kms away in Köln, creates a silky smooth latte or cappuccino.

Coffee shops over the last decade have been occupying mixed-use spaces, ranging from barbershops to libraries. That way specialty coffee has become in the centre of community, finding its home in unexpected locations. Companion Coffee, brought by Shawn Barber and Chris Onton, settled in East Central part of Berlin and operates in association with trendy clothing boutique, known as ‘Voo Store’.

It may safely be said that Companion Coffee counter is the best in Kreuzberg when it comes to a perfectly poured flat white or heart-warming service. Since opening in 2013, Companion Coffee has been constantly serving great coffee to the neighborhood and has earned a dedicated following. And when we talk about good coffee, we mean that velvety kind of coffee that sends chills down your spine.

Companion Coffee does not settle with only one kind of beans. A great variety of roasts from different countries, including a local Barn roaster, are available behind a dark wood brew bar. Currently they are serving a kicking Columbian espresso roast by London Notes coffee roasters. A medium body coffee is full of rich chocolate and fudge notes and the acidity of red berries.

Within the tall, airy space, owners and small-batch roasters Kris and Sophie have created an environment that sits in contrast to the fast-moving city, allowing you to slow down and savour the classic pairing of coffee and cake.

A light coffee roast is certainly the talk of the town. Their team roasts at the back of the shop and sells their selectively sourced beans in house. I found their cold drip Kenyan coffee very suitable for medium intense coffee lovers, especially on the hot summer day.

While Five Elephant’s coffee is famous, their Philadelphia Cheesecake is a real hit. By locals claimed as the best in town, foreign visitors go as far as saying that it is easily a contender for the best in Europe. Either way, Five Elephant is the best destination to experience Berlin’s true coffee culture while certainly falling in love with their cheesecake.

The vision of small space but ‘huge’ coffee by Benjamin Pates and Namy Nosratifard has been noticed by most coffee geeks, despite being quite new in the coffee scene. The former old gatekeepers room is now transformed into an attractive take-away window and the dark little café inside.

Staying in Concierge for a few hours is not tempting but the coffee is highly addictive. Local roaster Bonanza Coffee supplies Concierge with high quality beans. Their flat white is said to be a big hit by the canal and it would be hard to deny it.

The owners, who never stop chasing their goals and dreams, already have plans of their own roaster and new tiny coffee shops in interesting locations. Just wait and see where the new Concierge room appears in the future.