HISTORY OF COFFEE IN JAPAN 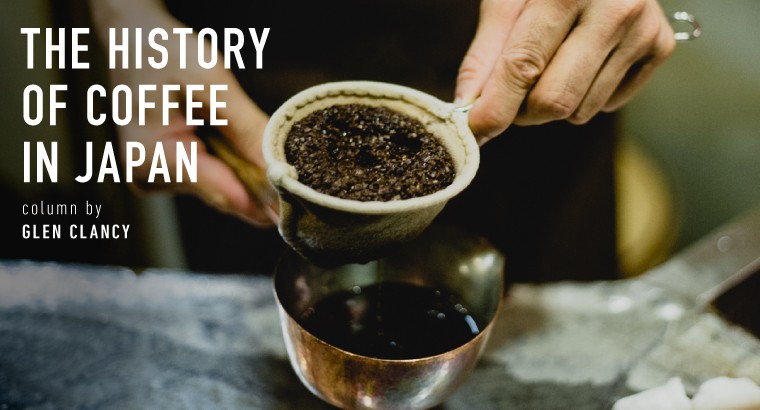 Coffee has cultivated its own culture
and history in the land of the rising sun.
Since the day of the samurai coffee aromas
have wafted throughout Japan.

The coffee bean has been a rich ingredient in shaping the Japanese social scene and for many the process of transforming bean to brew has become its own art form. Coffee has filtered through Japanese social tradition and culture yielding roasting methods, bean selection, and brewing technologies attune with exquisite Japanese attention to detail. 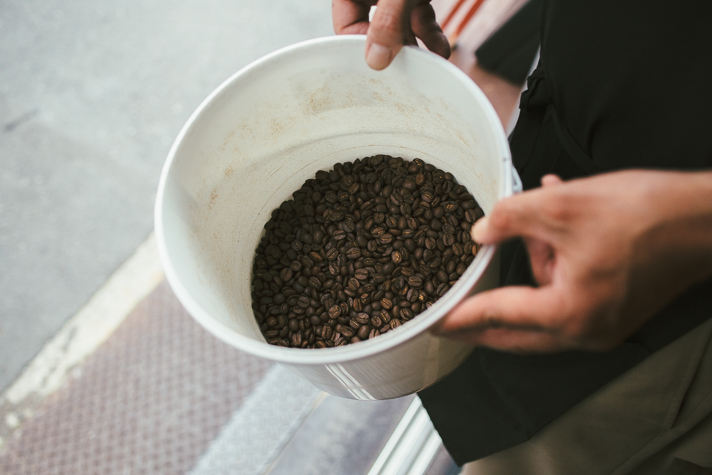 First arriving on Dutch and Portuguese boats in the 16th and 17th centuries coffee has had its own unique Japanese evolution in both flavour and function. The term for coffee in Japanese, kouhii (コーヒー), originates from the Dutch word koffie, and is hence represented by the foreign word alphabet katakana. But like the drink itself coffee has taken on its own Japanese form and acquired its own Japanese kanji characters – 珈琲 – deriving from the pronunciation of the Dutch term.

Coffee’s migration to Japan was advanced by its medicinal application near foreign settlements and as a stimulant used by prostitutes in Nagasaki in the 17th century. It was introduced to the countryside in the 1860s in the form of infused sugar balls – known as a koohiito – to be added to hot water.

The first coffee house or café in Japan, named Kahiichakan, was established by Nishimura Tsurukichi in 1888 with the idea of  “doing something for the younger generation by opening a coffeehouse, which would be a space to share knowledge, a social salon where ordinary people, students and youth could gather”. The two-storey western style house offered reasonably priced coffee with newspapers, leather chairs, pool tables, desks, stationary, baths and even rooms where patrons could nap. Kahiichakan was the beginning of the public love affair between smoking tobacco and drinking coffee.

In the 19th century the Brazilian government designated Japan as a key partner in the development of the coffee industry. In 1907 Japan and Brazil signed a treaty permitting Japanese migration to Brazil bolstering trade between the two nations, not least Brazil’s largest export product, coffee. Today, Brazil remains the largest exporter of unroasted and instant coffee to Japan. 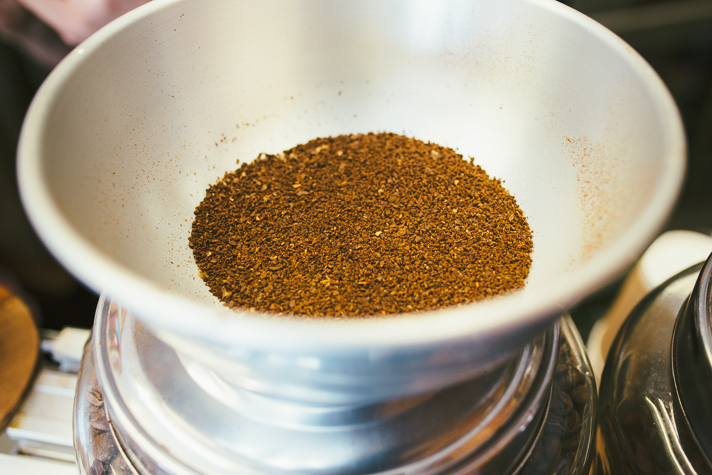 During the Taisho Period (1912-1926) cafés evolved into lively arenas serving coffee and alcohol with a side order of eroticism. At the same time diverging from the vivacious cabaret-style cafés a quieter more sophisticated drinking space emerged – the kissaten. A quiet place of relaxation, the kissaten or jun-kissa (the pure kissaten) became home to scholars, writers and artists, and on occasion became a sphere of intellectual debate and the formulation of new ideas.

After WWII the kissaten flourished attracting people to its music and an environment conducive to public business affairs. At a time when an LP record cost more than the average person’s monthly salary the kissaten offered an invaluable experience for the price of a coffee. Poet Yoko Isaka recalls falling in love with the kissaten and her first experience of visiting the Ginpari (Paris in Ginza) in the post war era, “In the kissaten, the music raged like a blizzard. While listening to the chanson, I longed for exotic lands. I felt transported to a place unknown ― and I could luxuriate in the ambience as long as I wanted”. 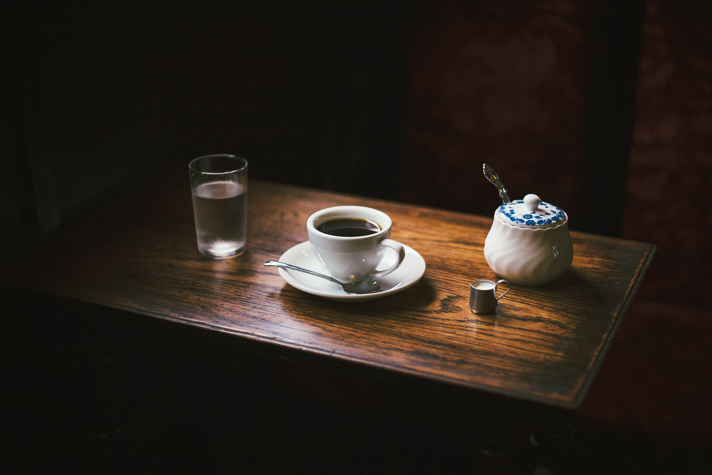 In the 1970s smaller kissaten started popping up around trendy Tokyo districts such as Shinjuku and Ginza, and popular student areas such as Kanda. These quaint cafés were concentrated in prime real estate areas around train stations with about 200 situated in Shinjuku alone. The kissaten began to feel the impact of globalisation and the introduction of the coffee chain store from the 1980s. The kissaten faced profound challenges with land prices increasing during the economic bubble and competitor coffee prices dropping through economies of scale. Perhaps this led to some kissaten flirting with eroticism – the very thing it had rejected during its departure from the café culture back in the early 20th century. No pantsu (underwear) kissaten provided an opportunity for guests to ogle women’s reflections through mirrored floors and sekuhara (sexual harassment) cafés were established with waitresses sporting scant police uniforms and ran with the slogan, “What you can no longer do in the office you can do here.”

Today, Japan is the third largest coffee consuming nation and challenging the reign of Japan’s most revered beverage, tea. Cafés and chain coffee stores such as Starbucks offer a convenient space for the modern fast paced society where busy mothers can take a timeout with their infants, salary men can leisurely work on their digital devices, and young people can go to be seen. But the kissaten has remained stalwart and is making a renaissance of sorts for those who are willing to pay a premium for quality coffee with a taste of tradition. 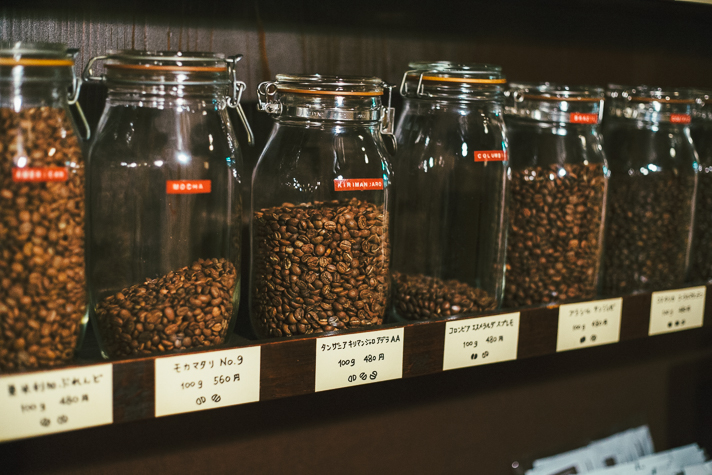 Whether it be coffee from a chain store, kissaten, convenience store, or a vending machine heralding Men In Black’s Tommy Lee Jones, it is now ubiquitous in Japan to the point that people are often surprised to learn foreigners drink coffee. Most Japanese people can’t live without it especially when the time comes for the rising of the sun.