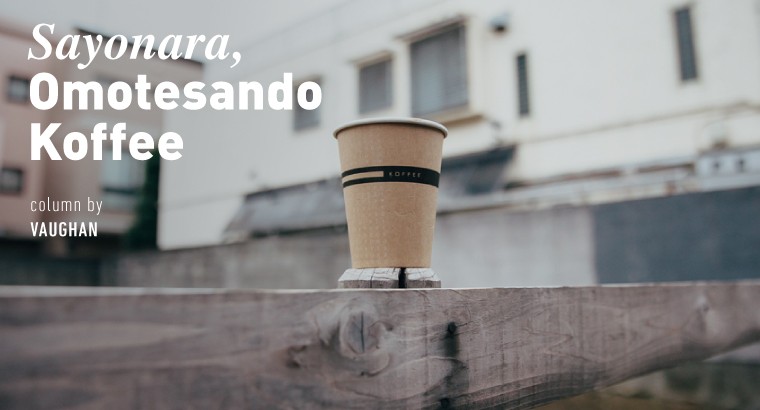 Five years ago, on a back street of Omotesando, on the ground floor of an old Japanese home, Omotesando Koffee opened shop. One Japanese man pulling espresso shots on a La Cimbali M31. Originally, it was only supposed to be a pop-up shop for a period of no more than twelve months. Nothing more.

Yet it became so much more.

As you tip toe slowly towards your turn in the queue, you would not only see and experience all kinds of loveliness, but it would be that point in your road where you’d lose track of time…

A flower blooms in the spring. The bell chimes in the wind. Another note on that light you didn’t see before. A conversation between tourists by your side who are falling in love with Japan. Any number of thoughts and dreams would dawn on you.

For me on a personal note, a little thought to start a coffee blog came one day at Omotesando Koffee. It was the first place I wrote about – blog here. It manifested to thirty monthly blogs. And thirty months later, I can say that I have thoroughly enjoyed writing about time spent in cafes with coffee. It’s probably time to give the blog a little rest now though. It’s uncanny, but for lack of a better way of putting it – it started here, so it should probably end here.

There is light at the end of the tunnel though. As despite it being the end of the Omotesando Koffee that we have come to know and love – it’s not the end. Omotesando Koffee will open up shop in Hong Kong next month, which will be a big marker in the industry – as it heralds the first independent Japanese coffee shop to open overseas. No doubt I will probably be the first customer waiting in line. And they still have their slick store inside Toranomon Hills near Ginza. Rumour has it that after the Hong Kong operation is up and running, Kunitomo-san will start looking for a new space in Omotesando.

It’s sad to say goodbye. And I guess the new shop won’t compare. But it doesn’t need to. The future is the past.